The Surgeons Collective is a centre of excellence in Perth, Western Australia for patients seeking a General Surgeon, a Hepato-Pancreato-Biliary or Upper GI Surgeon. At our practice in West Leederville, we help patients who are seeking assistance with a diagnosis, to organising their surgery or treatment and providing a very caring post-operative follow-up. Hepatologists, surgeons and dietitians work closely together to provide the best possible outcome and to surround you with expertise and support.

At The Surgeons Collective, we have helped hundreds of patients across all areas of our surgical and medical specialties.  We are here to offer you support and management with any disease of the oesophagus, stomach, duodenum, liver, gallbladder, bile ducts, pancreas and spleen.  We also offer general surgical procedures such as hernia repair surgery.

Our practice manager and practice receptionists are also an important part of our team, ensuring the smooth and efficient day to day running of our practice and as well as offering a highly personalised and friendly attention to each and every one of our patients and colleagues.

We have designed our practice so patients experience a beautifully warm and welcoming atmosphere. It is a safe and nurturing environment where our team focuses on your health, wellness and comfort.

Our telehealth facilities are excellent and we can organise consultation with you remotely wherever you live in Western Australia, Australia or anywhere in the world. 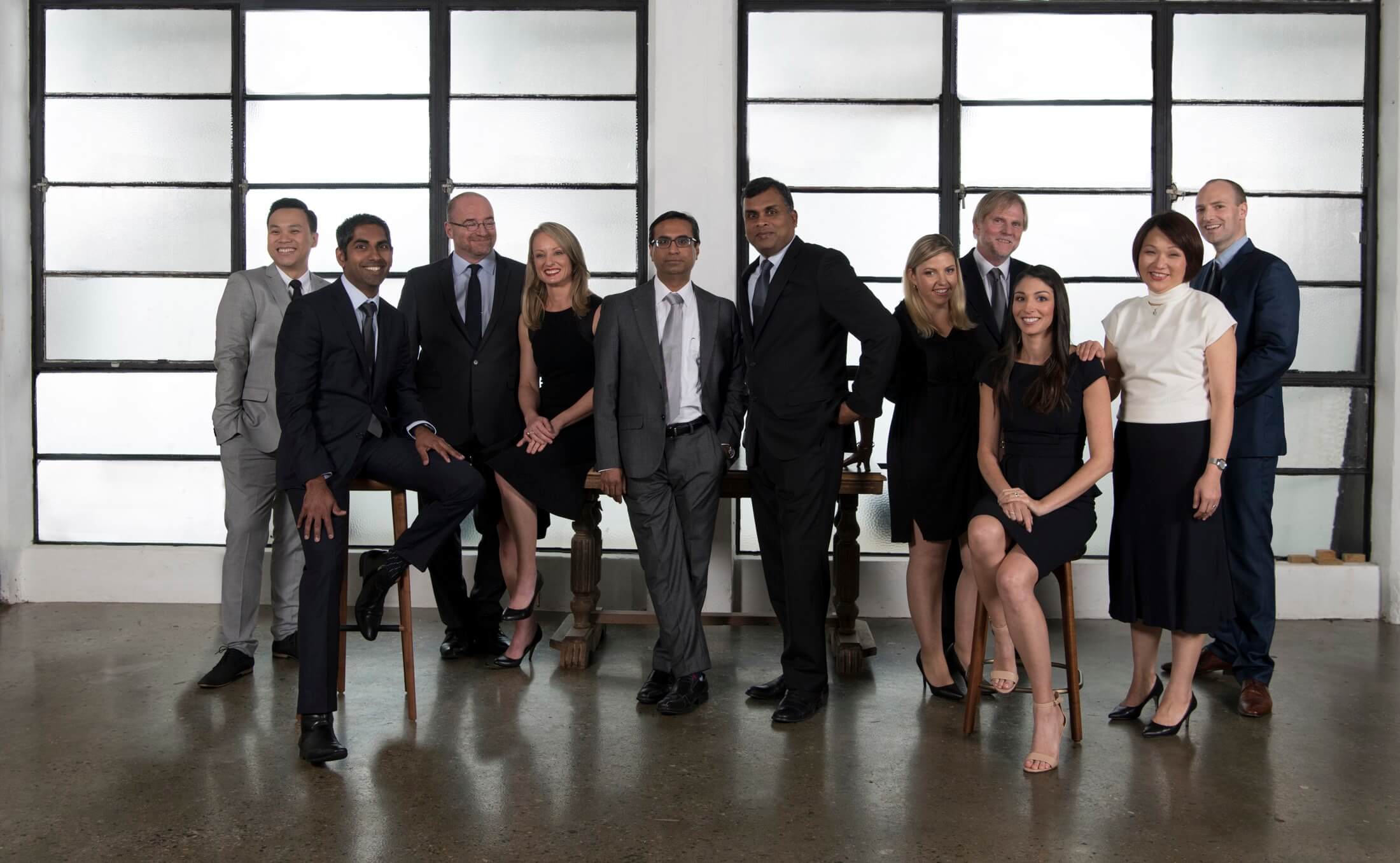 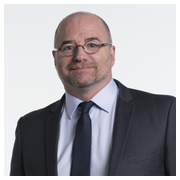 Professor Luc Delrivière (UWA) is the Senior Surgeon for liver transplant and hepato-biliary surgery at Sir Charles Gairdner Hospital since 2004. His work has played a major role in the expansion of liver and kidney transplant programs in WA, with activity in both areas having now more than doubled. He is involved in clinical and experimental research programs at the Harry Perkins Institute.

His extensive training in general surgery and cutting edge transplant/hepato-biliary specialisation were completed in Brussels, Paris, Tokyo, Brisbane, King’s College Hospital in London and Addenbrooke’s Hospital in Cambridge between 1989 and 2004.  He has been involved in over 1,000 liver transplants throughout his career.

Professor Delrivière's highly specialised surgical skills, developed in such a challenging specialty as liver transplantation, are offered to all patients - whatever the indication of their surgery may be.

In 2013 Professor Delrivière established “The Liver Centre” and “The Hernia Gallbladder Centre”. The  team has since expanded and now offers highly specialised surgery for all upper abdominal organs.

The team is now known as “The Surgeons Collective” which gives patients the benefit of a unique and centralised group including leading surgeons, specialist hepatologists (liver physicians), gastro-enterologists and dietitians. 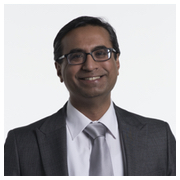 Having completed his initial general surgery training through Mumbai University, he did a three -year Fellowship in Surgical oncology (Cancer surgery) at The Tata Memorial Cancer Centre which is the leading tertiary cancer referral centre for South-East Asia. He visited the Memorial -Sloan Kettering Cancer Centre, New York and University of Heidelberg in Germany during his fellowship. He has trained with mentors who are world leaders in Hepato-biliary and pancreatic surgery and has a vast surgical experience in this complex field.

He moved to Australia in 2008 and obtained the Fellowship of Royal Australasian College of Surgery in 2012. Subsequently, he has completed subspecialty training in Upper GI and Hepatobiliary surgery in Melbourne and solid organ Transplant Fellowship in Auckland.  He was awarded the ANZHPBA fellowship and the ‘Padbury trophy” for excelling the fellowship exams.

Dr Navadgi has scientific publications in several peer-reviewed journals and is actively involved with the Australian College of Surgeons in training the future surgical trainees. 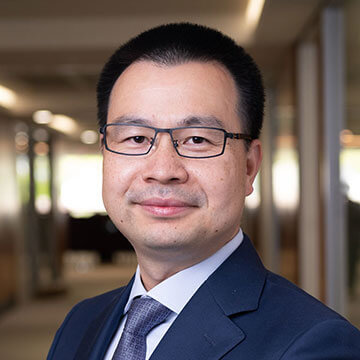 Dr Mou was trained at one of the top university hospitals in China. He moved to Perth in 2009 as a transplant fellow. He started his consultant position at SCGH in 2014 and obtained the Fellowship of Royal Australasian College of Surgeons in 2016.  In addition, he obtained a diploma in laparoscopic surgery from the University of Strasbourg, France, as well as a visiting fellow to UCLA (University of California, Los Angeles).

Dr Mou specialises in liver, gallbladder, spleen, hernia and other general surgeries including benign and malignant liver diseases, complicated liver surgeries and revision of gallbladder surgeries. He performs minimal invasive surgery for most of these cases. He obtained robotic surgery certificate in 2015.

Winthrop Professor Gary Jeffrey is Professor of Medicine at the University of Western Australia, Medical Director of the West Australian Liver Transplantation Service at Sir Charles Gairdner Hospital and Chairman of the Liver Foundation of Western Australia. He and co-investigators were awarded the 2006 WA Inventor of the year award for creating the ‘Hepascore’ which is a serum model of liver fibrosis. This is now used worldwide including in the United States, France and Australia. In addition to his clinical and teaching roles, his research interests are diverse and include the role of iron in preservation injury in the isolated donor liver, mechanisms of HCV viral resistance, clinical studies in liver fibrosis, liver transplantation and HCC. 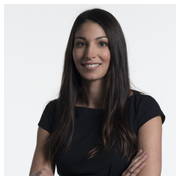 Gemma is an Accredited Practising Dietitian and has been working in clinical dietetics for over 12 years.  She has also completed a Diploma of Management.

Gemma loves meeting people.  She brings to the practice a fresh, friendly, uplifting and positive attitude which she shares with all her patients and co-workers.   Her passion is to educate and inspire her patients to make healthy food changes that have a positive and long-lasting difference to their life. She helps her patients understand the basis behind why they are eating as they are and assists to educate them to making smart food choices, creating a sustainable plan that her patients can commit to for longer than a few months.

Appreciating that every patient is unique and has different needs is something that Gemma holds of high importance. That’s why she applies a personalised care plan to each of her patients, during their consultation.  She takes her time during each appointment to connect with her patient and carefully and mindfully, develops the most suitable food and lifestyle plan, based on her excellent nutritional knowledge and evidence-based practice, to ensure a long-term positive outcome.

Gemma is a believer of everything in moderation, nothing in excess.  Having a greater awareness in how your body functions and about eating and appreciating real foods that are enjoyable and healthy, whilst also practicing balance and moderation, is key in performing at your peak every day and to create the best opportunity to sustain long-term happiness, health and success. 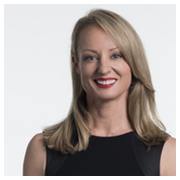 As one of the business owners of The Surgeons Collective, Bronwyn has a dedication to the practice that ensures it maintains a service delivery of the highest standard. Her involvement in establishing The Liver Centre, WA’s first multi-disciplinary specialist private practice offering both medical and surgical treatment for patients with liver disease, has been a professional dream realised and a highlight in her career.  Bronwyn's most recent accomplishment has been in developing The Surgeons Collective, a practice dedicated to innovation and focussed on continued improvement.  Holding a diploma in business and finance management, Bronwyn has enjoyed a diverse working experience spread over the past 20 years in areas such as project management, marketing & communication, business development & management & finance.  This experience has allowed her to create her niche in her favourite industry of course, being in healthcare.  With a passion for learning, Bronwyn is always striving to develop and grow her skills and regularly participates in educational activities, with a focus on always improving healthcare practices, to shine a light on the possibilities for growth and change.

Bronwyn  loves her role at The Surgeons Collective and naturally inspires everyone she meets with her enthusiasm and genuine passion for what she does.  Her upbeat, determined and optimistic attitude has been a theme throughout her career.

Bronwyn’s core values of integrity, team spirit, compassion and hard work are demonstrated in her day to day role as practice and business manager at The Surgeons Collective.  She is proud of the team of clinicians and administrative staff that she works alongside and is focussed on promoting  a healthy, happy and stimulating work environment for her team.  Bronwyn takes great pride in ensuring her practice offers patients a warm, caring and friendly environment, with patient comfort and attention always at the forefront of everything she does. 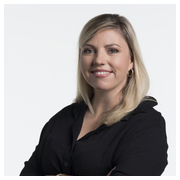 Kelly is our senior practice secretary.   She has an extensive working experience in medical administration and is a very valued member of our practice. Kelly is always ready to assist with appointment and surgical bookings, and any queries you may have. She always goes the extra mile to help make our patients’ visit a pleasant one. Kelly has a wonderful personality that is appreciated by her colleagues and our patients. She looks forward to meeting you. 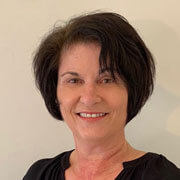 Practice Receptionist
Margaret is a joy to work with. Her warm, caring and compassionate personality, combined with her extensive professional medical administrative working experience, is reflected in her day to day interactions with our patients and colleagues. Marg has a natural ability to connect with people from all walks of life. It's very special to see her care and attention shine through to our patients every day. Building strong relationships on the basis of trust and care is an attribute Marg holds high. Please do not hesitate to reach out to Marg during your visit to our practice, she looks forward to meeting you.

Get a professional opinion and treatment plan from our team of specialist practitioners. Your health is our priority.